I Can't Believe It's Not Butter! Now Vegan and Organic

I Can't Believe It's Not Butter!® delivers more spreadable choices with new It's Organic and It's Vegan 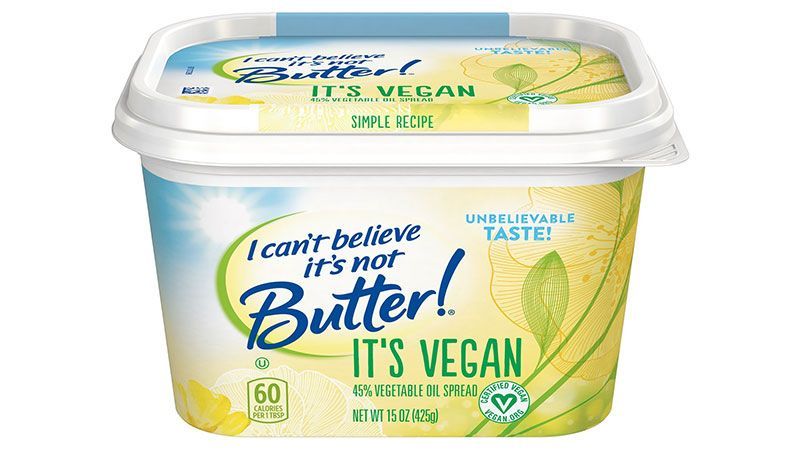 ENGLEWOOD CLIFFS, NJ (June 26, 2017) - I Can't Believe It's Not Butter!®, is spreading into new territory with the launch of its new vegan and organic varieties, It's Vegan and It's Organic. Now all consumers—regardless of dietary preference—can enjoy the unbelieveable taste of I Can't Believe It's Not Butter!® spreads for all of their cooking, baking and spreading needs.

It's Organic and It's Vegan are made with real, simple ingredients, providing consumers with easy and delicious options to meet their lifestyle and dietary needs. It's Vegan is 100% Certified Vegan by Vegan Action, ensuring that each savory bite is free from eggs, milk and any other animal-sourced ingredients. It's Organic is Certified Organic by the USDA.

"I Can't Believe It's Not Butter!® is committed to delivering unbelievable products to consumers," said Brian Orlando, General Manager of the Baking, Cooking and Spreads Company owned by Unilever. "This expansion into organic and vegan alternatives emphasizes the brand's commitment to innovation and inclusiveness for any diet or lifestyle."

Like all I Can't Believe It's Not Butter!® products, It's Organic and It's Vegan spreads are made with real, simple ingredients—a blend of plant-based oils, purified water and a pinch of salt—and do not contain artificial flavors or preservatives. Both contain less saturated fat and fewer calories than butter with zero grams of trans fat per serving and no partially hydrogenated oils. Using It's Vegan or It's Organic instead of butter is an easy way to make recipes tastier than ever before. 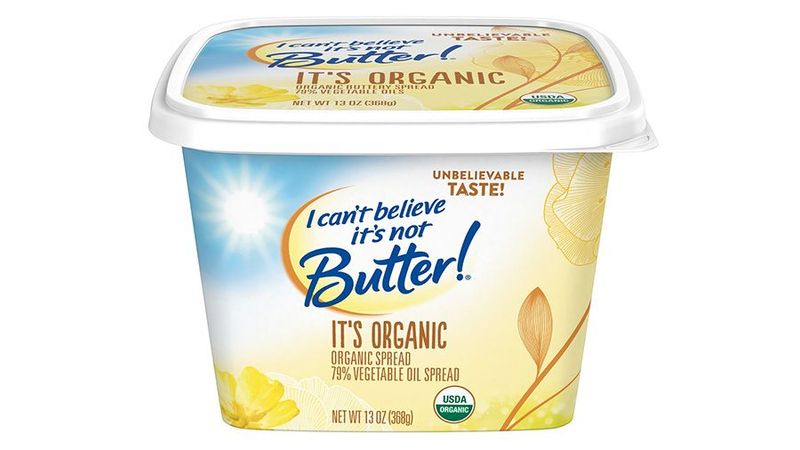 Unilever is one of the world's leading suppliers of Food, Home Care, Personal Care and Refreshment products with sales in more than 190 countries and reaching 2.5 billion consumers a day.

Unilever employs approximately 8,000 people in the United States – generating more than $9 billion in sales in 2016.

The USLP creates value by driving growth and trust, eliminating costs and reducing risks. The company's sustainable living brands are growing 50% faster than the rest of the business and delivered more than 60% of the company's growth in 2016.

Unilever was ranked number one in its sector in the 2016 Dow Jones Sustainability Index. In the FTSE4Good Index, it achieved the highest environmental score of 5. It led the list of Global Corporate Sustainability Leaders in the 2017 GlobeScan/SustainAbility annual survey for the seventh year running. Unilever has pledged to become carbon positive in its operations by 2030.

For more information on Unilever U.S. and its brands visit: www.unileverusa.com