Behind the brand: What’s Hellmann’s secret sauce for success?

What’s the recipe for building a €2 billion brand? For Hellmann’s, it’s all about getting the perfect blend of a great-tasting product, meaningful purpose and customer-led innovation and bringing it together with a touch of pop-culture appeal.

Hellmann’s mayonnaise and its trademark blue ribbon started out in a small shop in New York. In 1913 Richard Hellmann and his wife Margaret used their home-made mayonnaise recipe in salads and sandwiches that they sold from their Manhattan deli on Columbus Avenue. Their mayo proved to be so popular with customers that they quickly began to sell it in glass jars – with a blue ribbon to indicate the highest quality.

Word spread so fast that soon the Hellmann’s decided to close the deli and focus on the mayonnaise. By the end of the 1920s, Hellmann’s had expanded nationwide in the US. By 1961, the brand had gone international, launching first in the UK, followed by Latin America, Europe, Canada and South Africa.

In tandem with its international expansion, the brand also gradually expanded its portfolio to include ketchup, salad dressings and a range of flavored mayonnaises.

Available in 65 countries, including 18 new markets in the last five years, it is estimated that one thousand Hellmann’s products are sold globally every minute. This makes it not only the world’s No.1 mayonnaise but also one of Unilever’s fastest-growing brands.

Many factors have fed into Hellmann’s rising growth figures, but a holistically superior product has always been at the heart of its success. Research shows that Hellmann’s products are repeatedly preferred by consumers for their unmistakable taste and creaminess. And for the fact that they are made with real, simple and sustainable ingredients and sold in recyclable packaging. It is the only leading dressings brand in North America and Europe, for example, that uses 100% free-range or cage-free eggs, 100% sustainable oils and 100% recycled plastic packaging.

Product innovation has also played a critical role, particularly as regards the growing market demand for plant-based alternatives which Bloomberg Intelligence predicts could swell to $162 billion in the next decade (from $29.4 billion in 2020).

The purpose that powers It

Combined with a great product and consumer-relevant innovation, Hellmann’s growth has also been powered by the brand’s purpose which is to help people enjoy great-tasting food without worry or waste. As part of Unilever’s larger commitment to helping achieve the UN’s Sustainable Development Goal 12.3 (reducing food waste by 50% by 2030), Hellmann’s aims to inspire and enable 100 million people around the world every year to be more resourceful with their food so that they waste less.

No one ever sets out wanting to throw food away. People have good intentions, but then life gets in the way and food waste happens as an unintended outcome. People want to be part of the solution but often don’t know how.

Having helped people turn even the simplest ingredients into delicious meals for over a century, the brand certainly has the credibility to speak with some authority about making the most of leftovers. However, the brand wanted to go further and really understand what was driving food waste.

In order to build this deep consumer understanding, the brand launched some of the largest and longest intervention studies in the area of household food waste in collaboration with leading experts and behavioral economists from consultancyBEWorks. The results were then used as the foundations of the Make Taste Not Waste campaign and the Fridge Night behavior change program (see Purpose below).

One of the learnings from these studies was that most people are not aware that they are wasting food. “No one ever sets out wanting to throw food away,” says Christina Bauer-Plank, VP, Hellmann’s. “People have good intentions, but then life gets in the way and food waste happens as an unintended outcome. People want to be part of the solution but often don’t know how.”

Clearly, there was an information gap and for the last two years Hellmann’s has been looking to fill it by providing inspirational and practical ideas of how to use up food through its global Make Taste, Not Waste campaign, digital and social content and its Fridge Night behavior change program available in the form of an app and e-booklet (see the iconic ads below).

So far, reach and impact have been impressive, with the campaign inspiring more than 200 million people across the US, Canada and the UK in 2021 alone to make taste, not waste. In addition, it has been proved that the behavior change program has helped families reduce their food waste by 33%.

“The success that we have achieved with our programs, combined with our double-digit growth, provides a compelling argument that doing good supports business growth,” concludes Christina.

Hellmann’s mayonnaise has been used as a unexpected ingredient in many recipes, including chocolate cake, brownies and even gnocchi! Some cooks swap it in for oil, butter or eggs in cakes, or add it to scrambled eggs for extra fluffiness.

Superstar ads for the Super Bowl 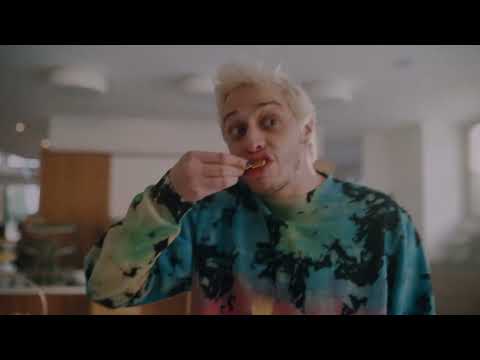 Hellmann’s called out the big guns for its Super Bowl ad debut in 2021, which featured Amy Schumer as Hellmann’s Fairy Godmayo. With a flick of her wand and a little Hellmann’s she transformed unloved leftovers into amazing meals and reminded viewers of the Big Game of the importance of making taste not waste.

In 2022 Hellmann’s returned to the big game stage, this time teaming up with another mayo legend, linebacker turned professional football coach Jerod Mayo. The Mayo Tackles Food Waste campaign aimed to encourage consumers to ‘tackle food waste’, inspiring them to think differently about the ingredients in their kitchen and give them ideas on how to use them in tasty meals

Turning Something into Nothing 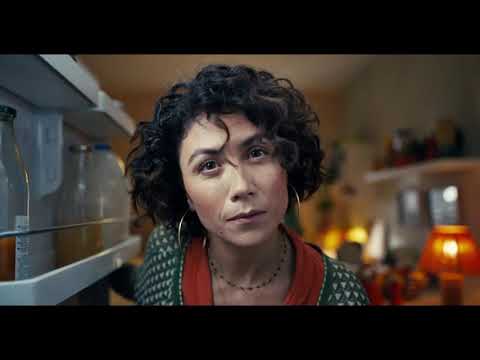 1.3 billion tons of food are lost or wasted every year, with more than 60% of food waste occurring in the home. This Hellmann’s ad addressed a crucial issue fuelling the problem: fridge blindness, which means not seeing the possibilities in the fridge. With a long heritage of livening up leftovers, Hellmann’s Turning Nothing into Something campaign not only acknowledged the issue but also provided solutions in the form of online recipes and tips and tricks to help consumers make the most of the food they already have.

What’s in our fridge?

On its mission to end food waste, Hellmann’s wanted to find a way of making people see just how blind they were to what was in their fridges. So in April 2022 they teamed up with marketing agency Wunderman Thompson and created a series of out-of-home digital ads and posted them in Times Square in New York – America’s worst-offending city for food waste. The ads featured images of fridges filled with the most commonly wasted foods. So far, so normal. However, the fridges also included a note that promised $1,600 in cash to anyone who messaged Hellmann’s on Instagram and told them where the note was placed. 4,268,373 people saw the fridges. No one saw the cash. The lack of response proved Hellmann’s hypothesis that there are indeed many more meals in our fridges than we may think. All we have to do is look.