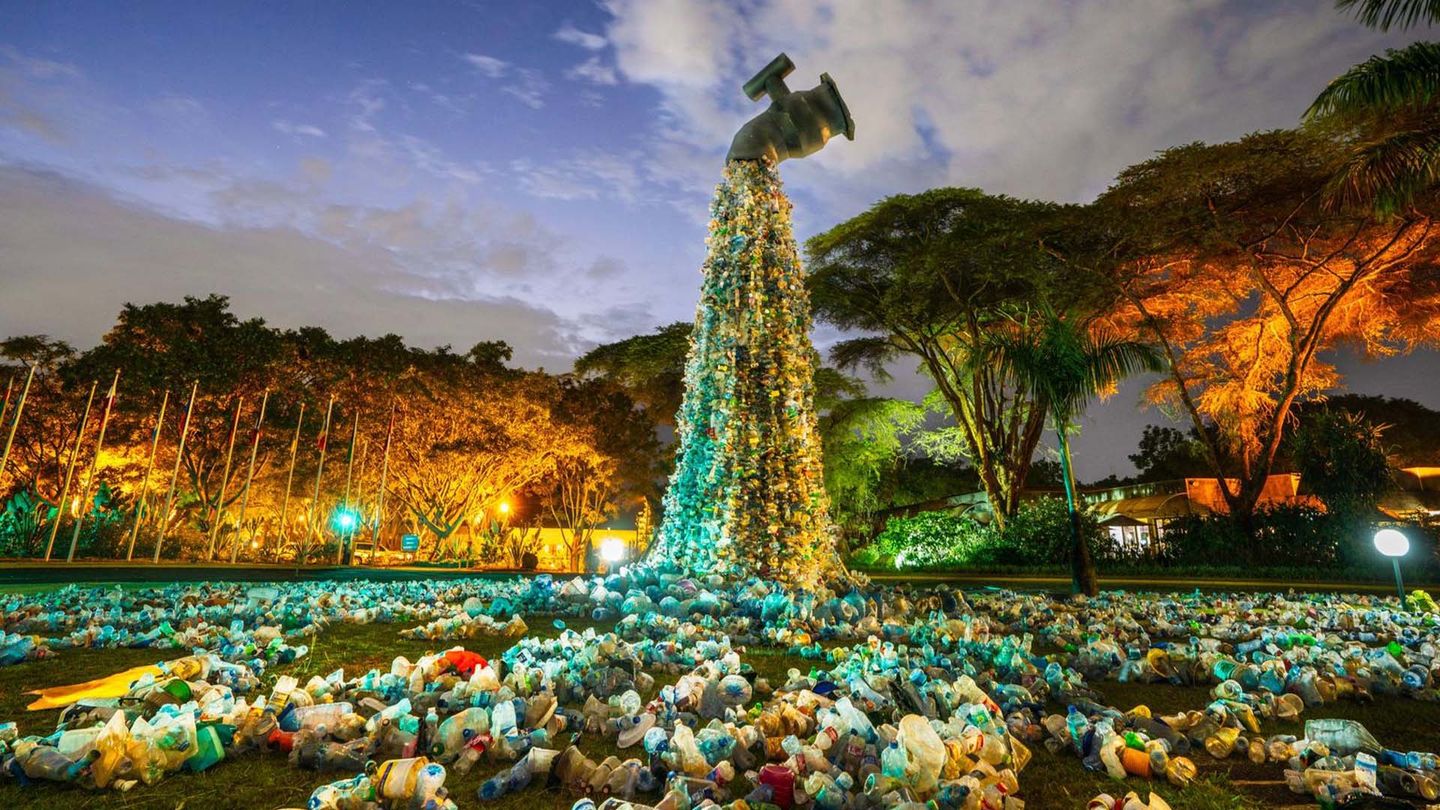 World starts work on a plan to fix plastic pollution

After years of advocacy from NGOs, governments and businesses, including Unilever, an agreement has been reached to start negotiations for a global treaty to tackle plastic pollution.

At the fifth session of the United Nations Environment Assembly (UNEA) this week in Nairobi, a historic agreement was announced to pave the way for a legally binding global treaty on plastic pollution.

The agreement opens the door for action to be taken across the full lifecycle of plastic, from manufacture to waste. It also means there are actions on product design for recycling and reuse. And in a truly breakthrough move, it recognises how the informal sector is vital in creating a circular economy for plastic.

The agreement sets up an intergovernmental negotiating committee (INC) where countries will formally meet to negotiate the details of the treaty. This will start soon, and the aim is to have an agreement ready for ratification in 2024. That is a hugely ambitious timeline and is a demonstration of the urgency that all UN member states see in addressing the problem.

“We welcome this landmark decision to begin forming a legally binding treaty to tackle plastic pollution,” says Ed Shepherd, Unilever’s Global Sustainability Senior Manager who’s been leading our advocacy work for the treaty. “The timescale of two years is unprecedented. But the scale and complexity of the problem are well understood. So it’s encouraging to see that there’s a real desire to fix it quickly and fix it for good.”

With an ambitious timeframe to conclude negotiations by the end of 2024, a lot of the hard work now begins to look at the specifics of the treaty.

As we move forward with negotiations, we call on governments to be ambitious. We’re already signed up to voluntary industry agreements, including the New Plastics Economy Global Commitment (Opens in a new window) which aims to eradicate plastic waste and pollution at source, and various plastic pacts which bring together governments, NGOs and businesses to accelerate progress towards the reuse and repurposing of plastic. While these are working, they aren’t enough on their own. We need to go much further and we are pushing for a move to mandatory targets.

And we won’t press pause on our plastic reduction program. As the treaty details are thrashed out over the next two years, we’ll continue working towards the 2025 plastic goals that we’ve already set ourselves: to halve the use of virgin plastic in our packaging – including an absolute reduction of 100,000 tons – and design all our packaging to be fully reusable, recyclable or compostable.

In fact, a global treaty will help us meet our goals by setting a common direction for all stakeholders and support solutions to scale through harmonization of approaches and actions.

“This is a landmark decision by UN member states,” says Richard Slater, our Chief R&D Officer. “A legally binding treaty that addresses the full lifecycle of plastic will make a dramatic difference in the fight against plastic pollution. Tackling plastic pollution is not only the right thing to do, it’s also a catalyst for innovation and reflects what our consumers want – less plastic waste.

“With an ambition to conclude negotiations by the end of 2024, the hard work starts now to put in a place a robust plan to end plastic pollution.”

Photo is of a 30-foot sculpture titled ‘Turn off the plastic tap’ by Canadian artist Benjamin von Wong, made with plastic waste from Nairobi’s Kibera slum.